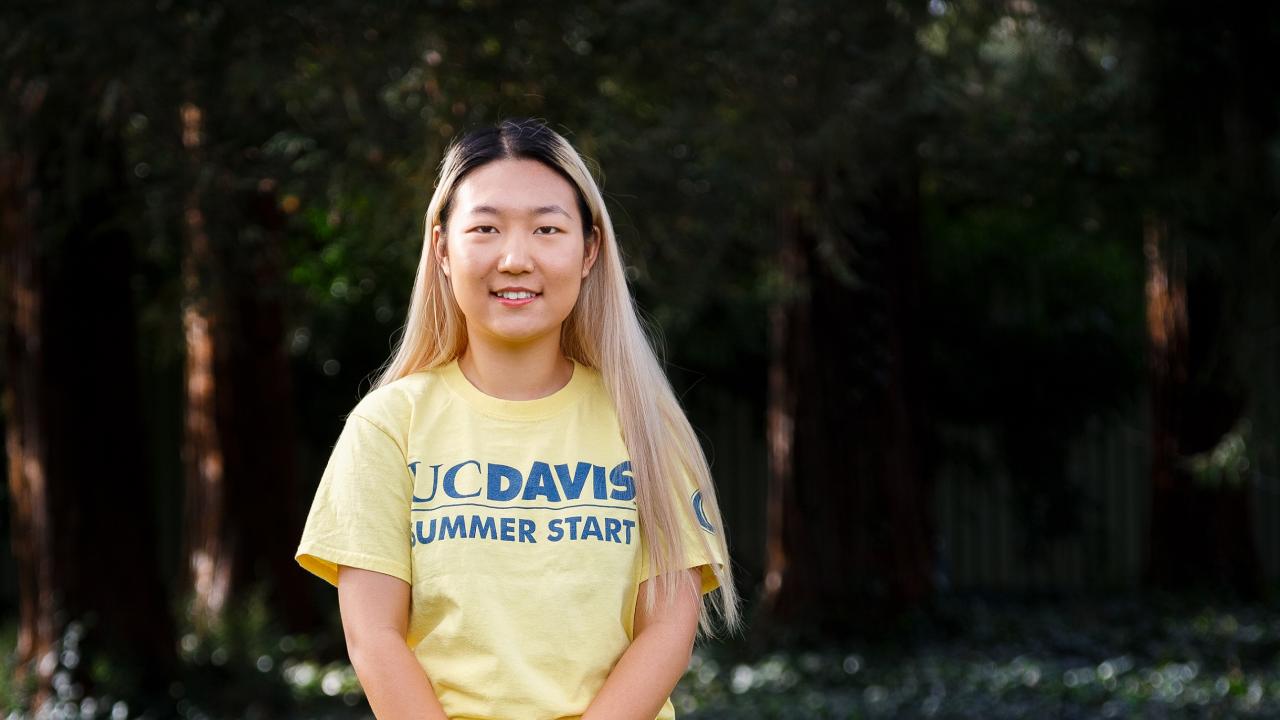 Summer Start is the Strongest Start for International Students

On the first day of Summer Start we had a welcome event. Each of us got a nametag and the staff introduced themselves to us one by one... it was like a big family. It was a long day, but it was also fun.

There’s a lot to learn for any student transitioning to college, but for international students navigating new academic, cultural and social landscapes at the same time can be especially challenging. Summer Start offers a 6-week academic and co-curricular program that gives those students an early opportunity to take their first classes, discover campus, and make friends while the campus is relatively quiet.

For Rosemary Xu, a participant in the 2015, the Summer Start program was an important launch for her successful time at UC Davis. From her very first day in the US, Summer Start created a feeling of family and a chance to make friends. “When international students come to UC Davis they don’t [usually] know anyone, but for me it was different. I felt like I had friends when fall quarter started.

During Summer Start, we were 124 students and we all lived in the same dorm. After class we went to the dining commons together and did our homework together.

After the mandatory first year in the campus residence halls, Xu got an apartment with a friend from Summer Start, and they remained housemates through graduation.

A Taste of Academic Rigor, a Manageable Pace

One of the biggest adjustments for almost all UC Davis students is the quarter system.

In fall quarter you need to adjust really quickly. Once everything starts, it’s not going to stop until final exams. Summer start was different. You get a taste of academic rigor and you also learn how to prepare yourself more thoroughly for how to be on campus.

Summer Start’s weekly orientation meetings also allowed for a more relaxed introduction to campus. Discovering resources such as the Internship and Career Center through weekly presentations was a huge help. “There’s so much information coming, it’s kind of overwhelming for a lot of students when they first arrive.” And campus advising helped her plan her academic career.

Welcoming the Next Classes

Xu came back to the program as a volunteer for the next two summers, first as a prearrival buddy communicating via e-mail with four students from her hometown. Summer Start gave her the idea to become an Orientation leader, welcoming new students to campus throughout the summer. The next year, she spent summer on campus working as an Orientation leader, giving her chance to volunteer with the 2017 Summer Start class. The time that I had during the summer was so much fun. Every part of it! Rosemary even became an official spokesperson for UC Davis when she was featured in a new series of online Orientation videos released in 2018. So thanks in part to Summer Start, she’s on her way to her dream career in Public Relations. We can’t wait to see where she goes next!

Beyond the Barriers: Research and Support for the System Impacted Community

Leading Undergraduate Education in a Time of Change